Over the years, with rising pollution levels around the world, pelletized activated carbon has found applications in various industries such as water treatment, air treatment, food & beverage, and medicine among others. This can be attributed to its superlative properties of separating toxic chemicals such as mercury, volatile organic compounds and from various types of mixtures.

The increased absorption abilities of pelletized activated carbon, makes it a preferred substance for separating different types of contaminants from streams of water and gas, making it an essential item for various processing and manufacturing industries, who are emphasizing on greener operations.

The worldwide demand for pelletized activated carbon is witnessing a rapid rise owing to the high rate of industrialization around the globe. The key concern that most industries have, is the effective removal of mercury during the operation of systems such as coal fired generators, cement kilns, waste incinerators, steel mills, and industrial boilers.

Moreover, strict regulations about environmental pollution in developed regions such as the United States and Europe and U.S., is restraining the growth of manufacturers. The initiation of policies such as the Environment Protection Agency’s Clean Air Mercury Rule, which was aimed towards the elimination of mercury emissions, are having a major positive impact on the overall market.

In addition, numerous governments are providing subsidies to industries that take steps to protect the environment are also expected to raise the demand for pelletized activated carbon providing manufacturers with good prospects for the future.

However, as per a recent study by Future Market Insights on the global pelletized activated carbon market, a major challenge that manufacturers are anticipated to face is the shortage of raw materials such as coconut shell charcoal, which will hinder growth in the near future.

The high efficacy of pelletized activated carbon largely relies on its structure, which contains macrospores and a larger surface area that allow for improved adsorption of color, odor, and gases. The pelletized activated carbon finds widespread applications in gas phase processes for the recovery of solvents owing to the better mechanical strength, and minimal dust content.

Numerous producers such as the General Carbon Corporation, and Chemviron augment their products with services such as complete analytical support for end users to conduct studies for feasibility in operation and cost, in addition to building full systems, maintenance, and repairs. This is anticipated to build awareness, among users, and identify the exact amount of activated carbon needed.

With the rising demand for pelletized activated carbon, manufacturers around the world are looking to enhance technologies and build on production capacities. Owing to this, activated carbon producers are giving importance to strategic partnerships and takeovers.

For example, in Sept 2018, Kuaray, the synthetic chemical producer, announced that it had successfully acquired Calgon Carbon with the aim of improved technology sharing, and business expansion.

To gain comprehensive insights about the developments of the pelletized activated carbon market, click here

This site uses Akismet to reduce spam. Learn how your comment data is processed. 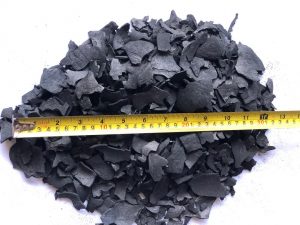 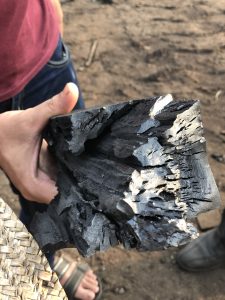 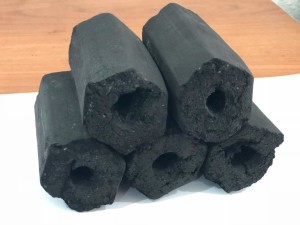 To Convert Biomass Into Bio Charcoal Via Social Enterprise By Following The Environmental, Social and Governance Principles.